When Sandra Hansen became an Eco artist in 2014 she began painting about environmental issues. She then moved to creating art from plastic bags.  Sandra wanted to become more environmentally sound in her art practice. In 2015 she fell in love with the magic of creating something translucent from leaves and bark. Handmade paper is completely environmentally sound and can be absolutely gorgeous. Its rich texture and its delicate gauzy effects are amazing. Paper has the ability to bring alive the horrendous problems of water pollution simply by putting plastic bags into the pulp. Paper is exceedingly versital as well and can be used in many multimedia objects and hangings.

The blue dress and black skirt are reproductions of the iconic suit worn by Diane Nash at many of the Civil Rights Movement events.

"It was clear to me that if we allowed the Freedom Ride to stop at that point, just after so much violence had been inflicted, the message would have been sent that all you have to do to stop a nonviolent campaign is inflict massive violence," Diane Nash.

In 1961, Nash took over responsibility and led the Freedom Rides from Birmingham, Alabama to Jackson, Mississippi. 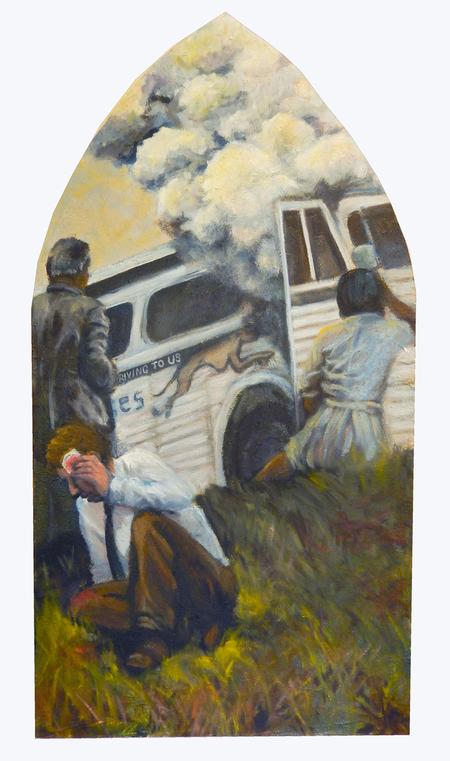